A new study documents the numerous crises the continent has overcome 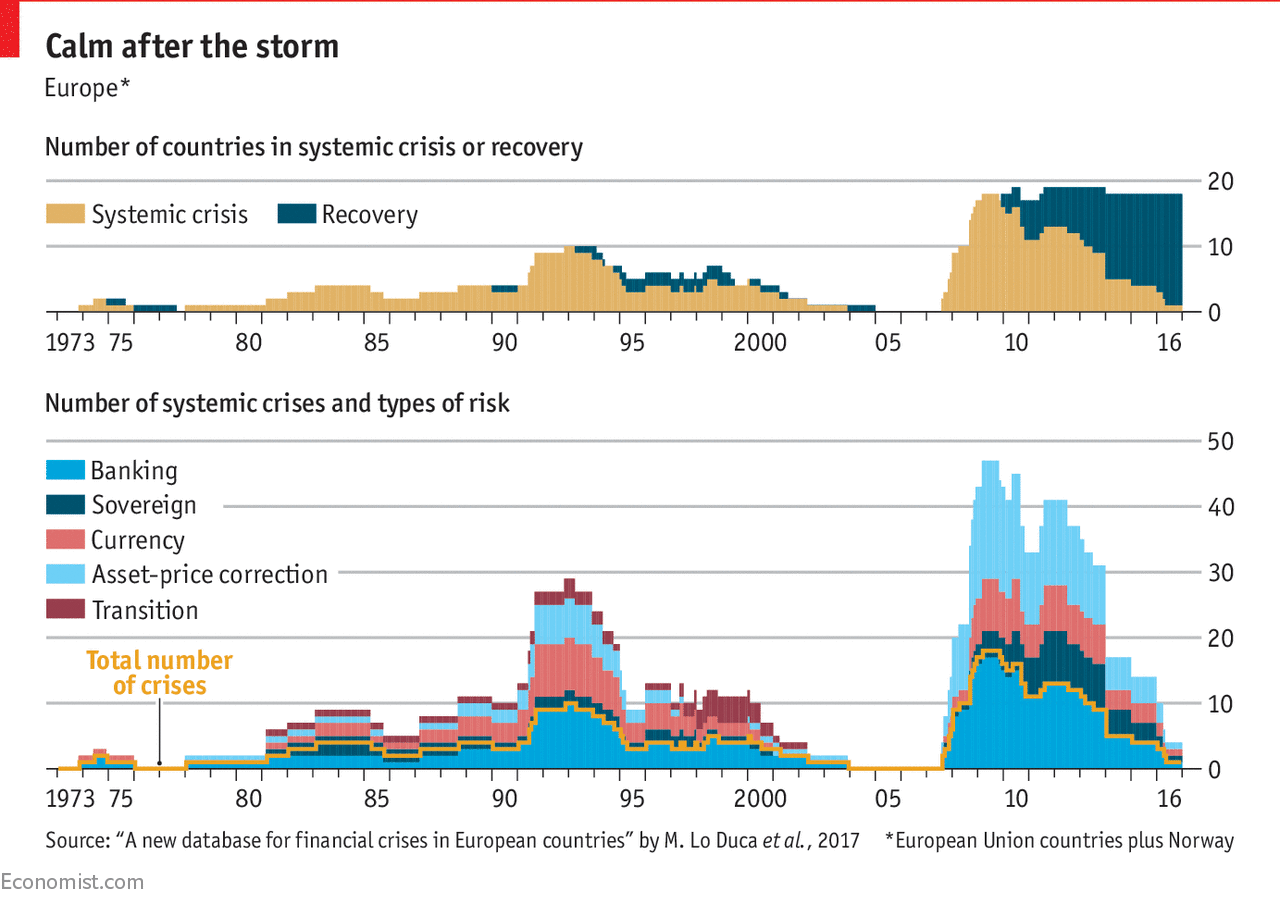 Many expected the economic story of 2017 to be a boom in American growth, ignited by Donald Trump’s agenda of tax cuts, deregulation and infrastructure spending. Yet Europe is the region that has outperformed. The International Monetary Fund recently raised its growth forecasts for the euro zone for 2017 and 2018, while cutting its estimates for America. Business confidence in Europe, as measured by Eurostat’s economic-sentiment index, is at its highest point in over a decade. Unemployment stands at 7.7%, its lowest level since 2008. Since mid-2015, output in the continent has expanded by 2% per year—faster than America’s 1.7% yearly growth rate over the same period. According to figures released on August 16th, gross domestic product in Europe grew by a better-than-expected 2.3% in the second quarter compared with the same period in 2016.

Europe’s recovery comes after years of turbulence. A new paper by researchers at the European Central Bank attempts to document these periods of market distress in the hopes of better predicting them in the future. In all, the authors find that the European Union’s 28 member states (plus Norway) have collectively suffered 50 crises since 1970, including 22 since 2007. The financial turmoil peaked in 2009, when 18 countries were experiencing systemic crises in banking, sovereign, currency, and asset markets. To prevent such shocks, the authors advise central bankers and other policymakers to monitor household credit, the money supply, and real-estate and equity prices—the strongest predictors of financial-market risk.

Today, Greece is the only European country that has yet to reach the recovery stage, according to the study. But markets seem optimistic this will soon change. On July 25th Greece’s government successfully sold €3bn ($3.5bn) in five-year bonds. Investor demand drove down yields on the securities to just 4.6%. The bond issue was so oversubscribed that the Greek government could have borrowed €6.5bn, more than twice their desired amount.